The benefits go much beyond quality illumination. Eventually, the un-electrified households received grid connection. In spite of receiving grid connection, the SDS continued to have its benefits among the households.

The North-eastern part of India has geographically difficult terrain due to forests, hills and poor road connectivity. This picturesque part of India constitutes of eight states. One among them is the state of Assam.  The state holds significant share in world tea market and produces more than half of the tea produced in India (Government of Assam, 2018). The state has huge forest share of about 35% of its total geographical area. As per the recent Economic Survey of Assam, the status of power is not satisfactory in the state as there is a gap between generation and demand. Due to this gap, the rural households, in particular, those in the vicinity of forests and away from the main roads remain un-electrified. To overcome this challenge, the Numaligarh Refinery Limited (NRL) along with The Energy and Resources Institute (TERI) initiated energy access measures in a phase wise manner since the year 2015. The present article writes about the initiatives, benefits and associated challenges for the readers who wish to implement similar projects in remote un-electrified locations.

In the year 2015, the initiative started with four un-electrified villages located in the vicinity of forests in Golaghat, Karbi Anglong, Jorhat and Majuli districts of Assam. These villages were dependent on kerosene lamps for lighting purpose. Based on need assessment in the villages, Solar Domestic Systems (SDS) with four light points, one mobile charging point and one portable solar lantern was installed in around 140 households. The SDS was able to provide lighting up to four hours in a day. Almost all the households in these villages are below the poverty line as per Indian standards. Villagers paid about 10% of the total cost of the system, about USD 15, as an advance amount. NRL using its Corporate Social Responsibility (CSR) fund paid for the balance amount. NRL supervised the maintenance activities while TERI got involved in technology design, selection of suppliers and installations.  Systems were well received by the villagers. Within these four villages, few households were reluctant to pay the advance amount due to their inability to pay and few were unable to gauge the benefits of quality illumination. During the impact assessment study after a year of the installation of the systems, the non-user households showed their desperation to opt for SDS and were willing to pay the advance amount from the little savings they had. The villages tasted the quality illumination for the first time.

The response of the first phase was welcoming. Villagers started buying low cost mobile sets and this improved their connectivity.  The most overwhelming response was reduced fear of elephant and snakes among the users.  Elephant attacks and snake bites are common in these villages. Reduced usage of kerosene for lighting purpose was an obvious benefit of the SDS. Phase I witnessed very smooth installation and very little repair & maintenances issues were reported as the coverage was small. NRL was able to monitor the installations and maintenance very closely in phase 1.

“The most overwhelming response was reduced fear of elephant and snakes among the users.”

Phase 2 started in the year 2016. This time the coverage was 290 un-electrified households across 9 villages.  The households even in the electrified villages which are away from the transformers were left out during the village electrification programmes. Phase 2 covered such households as well. The SDS design were same as were in phase 1 but the capacities of solar panels increased to 30 watt peak (Wp) from 20 Wp (as was in phase 1). Due to broader coverage this time, village level coordinators were identified to report repair and maintenance issues to NRL. As the locations were remote, the suppliers kept spare parts at the NRL location. One technical person from the supplier’s side was permanently shifted to the location to address repair and maintenance issues.

Majority of the users in phase 2 are Tea Garden Labourers (TGL) who falls under the Below Poverty Line (BPL) category. The literacy levels are almost negligible among TGLs and issues of malnourishments are commonly observed. The coordinators had to arrange for the basic lessons for maintenance of SDS almost periodically as most of the fault cases were reported due to overuse of the systems.

Impact assessment was conducted for phase 2 after a year. Along with the benefits observed in phase 1, one more interesting fact was reported in the documentation of impacts. The households with SDS were receiving quality illumination during the peak evening hours while the electrified households due to power cuts during evening hours were using low quality kerosene lamps (The Energy and Resources Institute, 2017). Households with SDS showed better satisfaction levels for receiving quality illumination after sunset hours than those, which had legal electricity connections.

Households with SDS showed better satisfaction levels for receiving quality illumination after sunset hours than those, which had legal electricity connections.

Now, the households with legal electricity connections were requesting for SDS as they now wanted quality illumination when required, i.e. during evening hours. However, it was decided by the project team to include only the un-electrified households. In India, a village is declared electrified if 10% of its households are electrified. Thus, many households, especially in the remote locations, remained un-electrified within the electrified villages.

It was time for phase 3 now.  Phase 3 started in the year 2017. The system size remained the same, 30 Wp. However, this time two types of systems were designed. One was with four light points and another was with one 15 Wp fan and two light points. In addition to fan and light points, one mobile charging point and one portable lantern was there as was in phase 1 and 2. This time around 293 un-electrified households were covered across five villages. One among these villages is a small Island in river Brahmaputra and another was a very remote un-electrified village. In these two villages, the villagers had to travel long distances to procure kerosene from open market at very high cost. SDS was a boon in these two villages. The users were very particular about the maintenance of the systems and used the systems as guided by the installers. The issues of overuse were barely reported from these villages.

In the span of three years, about 720 households were electrified using solar in a phase wise manner in remote locations. Installations and repairs are challenge in these locations. Based on our experience we would suggest that repair and maintenance mechanism shall be incorporated from the project planning phase itself and complete dependence on the system suppliers shall be avoided. A contract between local technician and installer helps in addressing the faults within permissible time limits in the remote locations. A strong and periodic guidance on maintenance to the users help in keeping the systems in fault free form.

The SDS showed social and economic benefits such as reduced fear of elephant attacks and snake bites, better illumination, and more economic benefits compared to kerosene lamps and conventional electricity. Above all, the primary benefit is that the users get quality illumination when required. 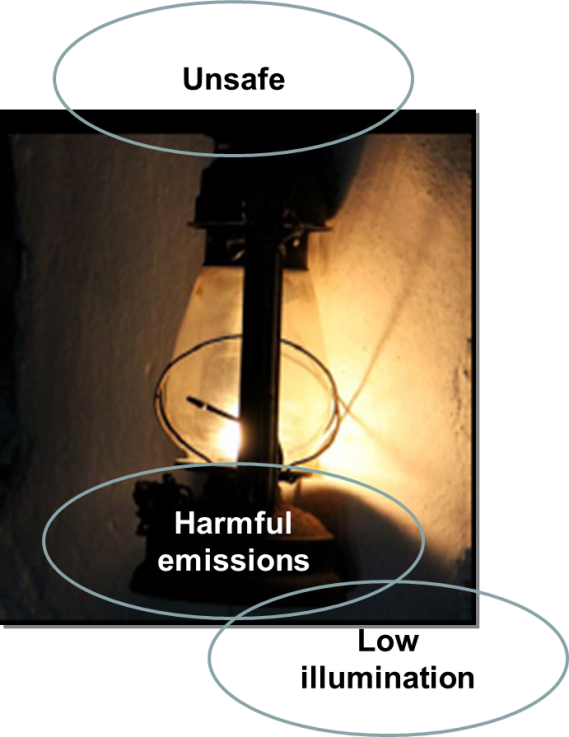 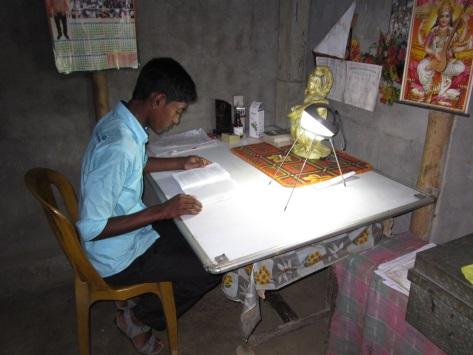 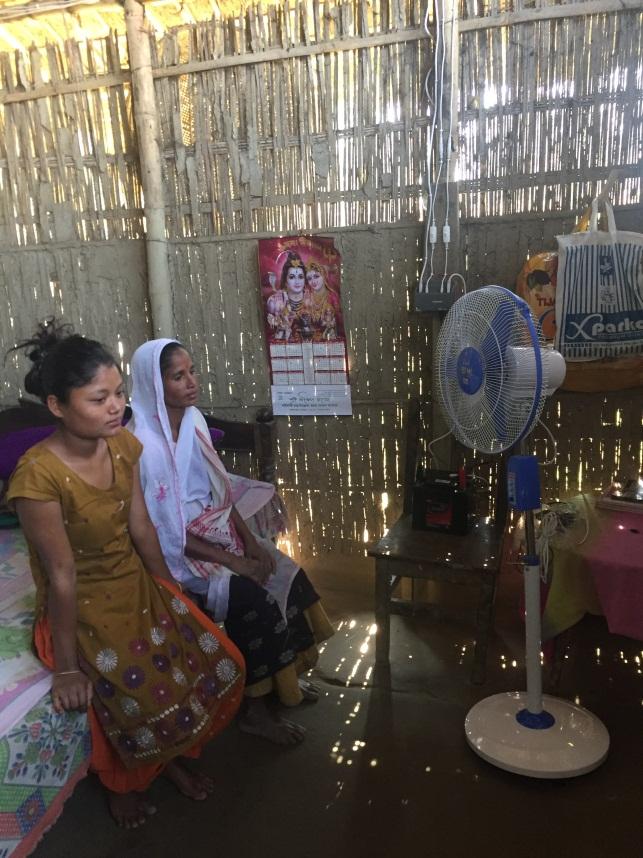 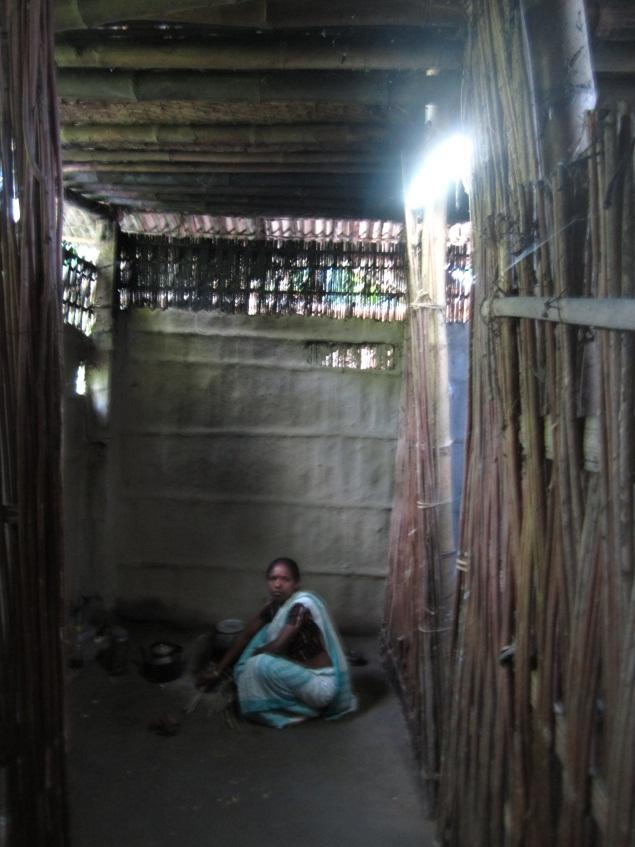 Our RE Series batteries are designed to provide the highest peak capacity, longest cycle life, and greatest reliability for use in industrial or residential renewable energy applications. Renewable Energy Series batteries utilize the company's exclusive XC2? formulation and Diamond Plate Technology® to create the industry's most efficient battery plates, delivering greater watt-hours per liter and watt-hours per kilogram than any other flooded lead-acid battery in the market. Our Deep Cycle batteries are engineered to work with solar panels as well as other renewable energy applications.
More Products
Feature Your Product

COVID-19 & Looking Ahead to 2021 and Beyond, Insights from QuickBOLT

CREC Academy of Aerospace & Engineering - Going With the Architectural Flow